During Black History Month, it’s good to reflect on just a few of the many leaders of color, who have worked hard for equity and inclusion and helped make Oregon a better place. This month, Multnomah County Democrats want to honor people who blazed trails and worked with many others to bring change to our state. 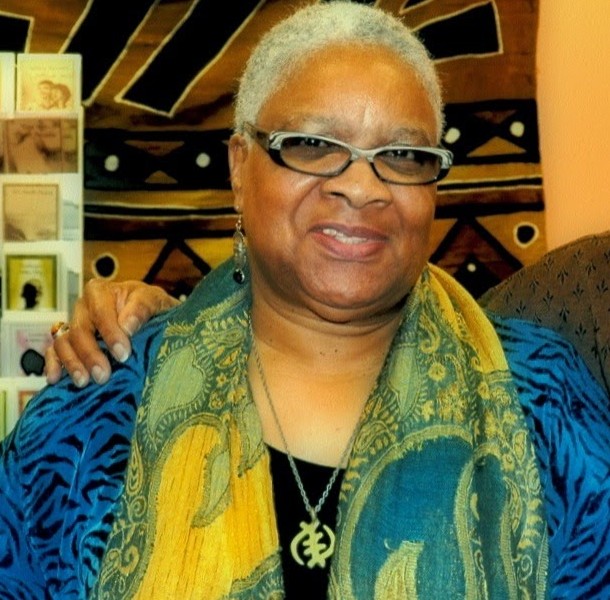 Avel Louise Gordly is an activist, community organizer, and former politician in Oregon, who in 1996 became the first African-American woman to be elected to the Oregon State Senate. She served in the Senate from 1997 to 2009. Previously, she served for five years in the Oregon House of Representatives.

After five years at Pacific Northwest Bell, she enrolled at Portland State University, earning a degree in the administration of justice.[1] Though an avid reader, it was not until her time at Portland State University that she was first exposed to African American literature and noted how she had not been exposed to this during her time in the public school system.[2]During her time at PSU she also applied to participate with Operations Crossroads Africa and was accepted, sending her to West Africa with most of her time spent in a small village in Nigeria, all of which would go on to be a life-changing experience.[2] In 1974, she became the first person in her family to graduate from college.[2] After graduating, Gordly began working with the State of Oregon Corrections Division as a counselor in a work release facility for women where she noticed racial bias that led to work release for black women and education release for white women. [3]

Willie Beatrice Barrow (née Taplin; December 7, 1924 – March 12, 2015) was an American civil rights activist and minister. Barrow was the co-founder of Operation PUSH, which was named Operation Breadbasket at the time of its creation alongside Rev. Jesse Jackson. In 1984, Barrow became the first woman executive director of a civil rights organization, serving as Push’s CEO. Barrow was the godmother of President Barack Obama.[5]

When she was 12, she organized a demonstration with fellow students to protest that white students were allowed to ride the bus, but black students had to walk to school. Barrow confronted the bus driver and demanded that he let her fellow students ride.[6] When the bus driver confronted her about it she said “Y’all can kill me if you want to. But I’m tired.”[7] When Barrow turned 16, she moved to Portland, Oregon, to study at the Warner Pacific Theological Seminary (now Warner Pacific College). While still a student, Barrow and a group of black residents helped build one of the first black Churches of God in the city; she was ordained as a minister after graduation.[8] She started working as a welder during World War II at the Kaiser Shipyards in Swan Island, Washington, where she met Clyde Barrow, whom she married in 1945 in Washington state.[9] 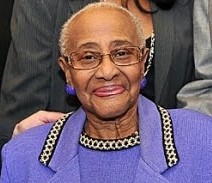 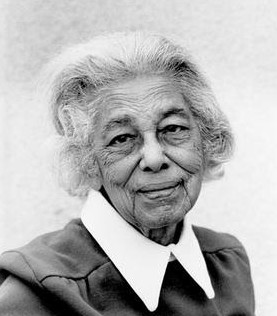 Beatrice Morrow Cannady (January 9, 1890 – August 19, 1974)[1] was a renowned civil rights advocate in early 20th-century Oregon, United States. She was editor of the Advocate, the state’s largest African-American newspaper.[2] She was also co-founder and vice president of the Portland, Oregon chapter of the NAACP.[3][4]

Upon moving to Portland, Cannady became associate editor of The Advocate.[6] Her work through the newspaper drew attention to racial violence during the early 1920s and prompted a statement from Governor Ben W. Olcott decrying the actions of the Ku Klux Klan, which was spreading through Oregon at the time.

In addition to her editorial work, Cannady helped to establish the Portland chapter of the NAACP in 1913. This organization marked the first such branch of the organization formed west of the Mississippi River[7] and continues to actively participate in the Portland community. Acting as the chapter’s secretary, Cannady worked with the group to remove racist, exclusionary language from Oregon’s constitution, a mission which succeeded in 1926 and 1927 when the changes were ratified.[8] Cannady also led protests against Ku Klux Klan propaganda film The Birth of a Nation.[2]

William Arthur Hilliard (May 28, 1927 – January 16, 2017) was an American journalist. He was editor of The Oregonian, the major daily newspaper in Portland, Oregon, from 1987 to 1994 and was that newspaper’s first African-American editor. He was also president of the American Society of Newspaper Editors in 1993–94.

As a youth, he applied for a job as a newspaper delivery boy for The Oregonian, but his application was rejected out of concerns that having a black delivery boy would not be acceptable to the paper’s white subscribers.[2][4] He graduated from Benson Polytechnic High School, where he had worked on the school newspaper, and spent a year in the U.S. Navy after being drafted at the end of the Second World War.[3]

Hilliard worked at The Oregonian from 1952 to 1994, starting as a copy boy, and then rising to clerk, sports reporter, religion and general assignment reporter, and in 1965 assistant city editor. In 1971, he became city editor, and in 1982 was named executive editor.[4] He oversaw the merging of the paper with the Oregon Journal in 1982.[4] His first big story was the Holt Korean Babylift in 1956. When he was named city editor it was considered national news, warranting an article in Time Magazine. In 1980 he served as one of four panelists in the nationally televised debates between President Jimmy Carter and Ronald Reagan.[1]

In 1987, Hilliard was named editor of The Oregonian, with “full control over the newspaper’s news and editorial departments.”[2] He was the newspaper’s first African-American editor.[4] He introduced zoned suburban coverage and expanded coverage of minorities issues, as well as increasing the hiring of minorities by the paper. While he was editor two staffers complained to him about how the nicknames of sports teams were demeaning to Native Americans. Under Hilliard’s leadership The Oregonian stopped using demeaning sports nicknames in 1992, and the newspaper also stopped identifying people by race in crime stories unless absolutely necessary.[1]

Hilliard served as president of the American Society of Newspaper Editors (ASNE) in 1993–94,[4] the first African-American to be elected to that position.[1] In 1993, he was given the President’s Award of the National Association of Black Journalists, which called him a role model.[1] He remained editor of The Oregonian until retiring in 1994,[4] although during the last year of his tenure with the paper he gave his designated successor, executive editor Sandra M. Rowe, effective control of the editor’s duties and focused his attention on ASNE duties.[3]

In 2002, when it was discovered that USA Today reporter Jack Kelley had fabricated some of his stories, USA Today turned to Hilliard, along with veteran editors John Seigenthaler Sr. and Bill Kovach, to monitor the investigation.[8]

William “Bill” McCoy (June 11, 1921 – April 1996), was an American politician from Oregon. In 1972, he was the first African American elected to the Oregon State Legislature. After serving one term in the Oregon House of Representatives, he was appointed to serve in the Oregon Senate. In the next election he was elected to the same seat and served until his death in 1996. His senate district covered North Portland and much of Northeast Portland.[1] He was a Democrat.

One of McCoy’s first actions after being elected to the Oregon legislature was to introduce House Resolution 13, ratifying the Fourteenth Amendment to the U.S. Constitution, which Oregon had never formally ratified after rescinding a previous ratification.[3]

McCoy Park in Portland is named for Bill McCoy and his wife Gladys, who became the first black member of the Portland school board in 1970, and the first black Multnomah County commissioner in 1979.[4]

The Dream, a sculpture of Martin Luther King Jr. in Portland, is dedicated to Bill and Gladys McCoy.[5] 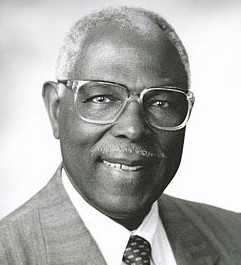 Posted in Newsletter and tagged Feb21

View all posts by Outside Source →
Scroll To Top