Here are some other ways to celebrate and support Black activists and businesses...

Standing on My Sisters’ Shoulders on Saturday, February 13th at 6:30 pm

A film and discussion about outstanding Black women activists.

The panel: Dr. Rosa Colquitt, Candace Avalos and more notable women! 100% of the proceeds go to the Democratic Party of Oregon’s Black Caucus and women-owned indie Clinton Street Theater. Tickets are $10 and scholarships are available.  For more information, visit https://www.eventbrite.com/e/black-history-month-icons-3-black-women-who-made-history-tickets-138670829183

Check out this excellent documentary chronicling the little-known history of racism in Oregon and the moving story of people, both black and white, who worked for civil rights. There are moments of highly disturbing racism in a state not known for diversity. But there are also moments of inspiration and courage as people take a stand to bring about important change.

The variety of foods offered by black-owned restaurants and food trucks in the Portland area is wide and varied, and represents every corner of the U.S. to the Caribbean to Africa. 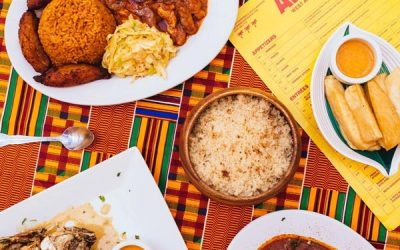 Cannabis Reform is a BIPOC Issue:

“The War on Drugs has been a war on people—particularly people of color. Ending the federal marijuana prohibition is necessary to right the wrongs of this failed war and end decades of harm inflicted on communities of color across the country. But that alone is not enough. As states continue to legalize marijuana, we must also enact measures that will lift up people who were unfairly targeted in the War on Drugs.” – Joint Statement from U.S. Rep. Earl Blumenauer, U.S. Senators. Ron Wyden and Cory Booker